Hey hello, it’s me Anna Gray. The person behind most of the words on the Frankie Journal. I’m a writer and a model and a creative consultant and an all around fun time, I swear. I’ve interviewed a lot of people over the years but I’ve never interviewed myself so here goes?

Anna Z Gray lives in NYC; was born in New Jersey; grew up in Ireland and Virginia; loves video-recording herself eating noodles.

So you are a writer and a model?
Depending on the audience those are the titles I use at parties, yes. But I also make content (like I am doing here!), throw parties, buy vintage to resell, organize fundraisers and have a newsletter called “Things I would buy if I didn’t have to pay rent” which I’ve found almost everyone can relate to.
That’s cool. Why do you live in New York?
I moved here for college (Eugene Lang alums, what’s up?) but really just because I wanted to live in New York. Everything about this place makes sense to me and coming back to the city thrills every time. I’ve lived here for almost eleven years now (!!!).
What’s your favorite flower?
Peonies
Where do you want to visit?
Iceland! Croatia!
Where is the best NYC pizza?
John’s on Bleeker
Why do you like filming yourself eating food?
I love watching other peoples’ Mukbangs (South Korean-originated live streams of people eating food) and wanted to make my own. There’s something soothing about it that I haven’t quite figured out how to explain.
What’s with your newsletter?
Searching for stuff – online or IRL – is something I find really relaxing. Putting all of my finds in one place is really easy for me and fun (apparently) for other people to read!
What’s the last thing you ate?
A chicken kabob sandwich from Mogador.
Where are you off to next?
Paris for Mens Fashion Week and then sailing around Greece!
How do you know Gaelle?
She DM’d me on Instagram and asked to take my picture! We became fast friends and collaborators.
If you could interview anyone who would it be?
Bjork 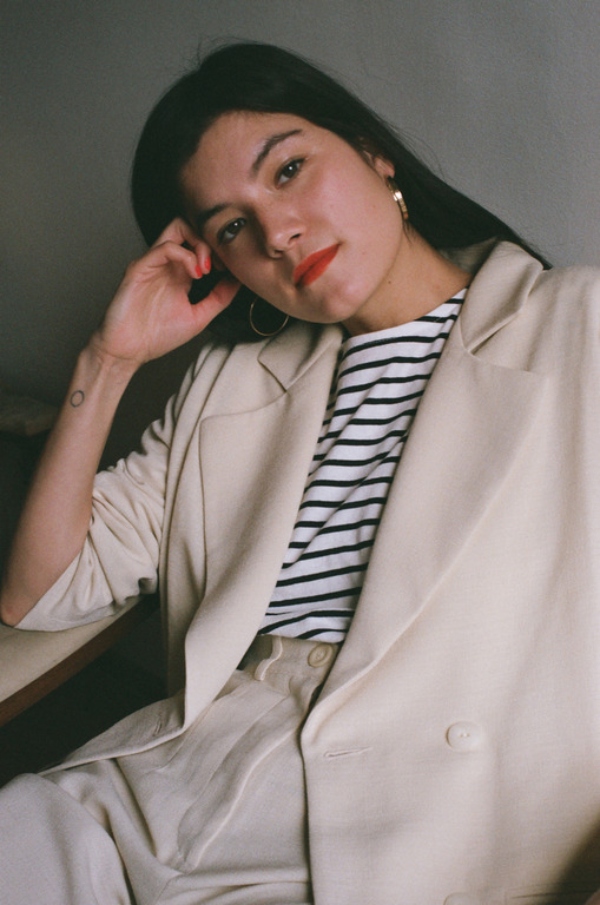 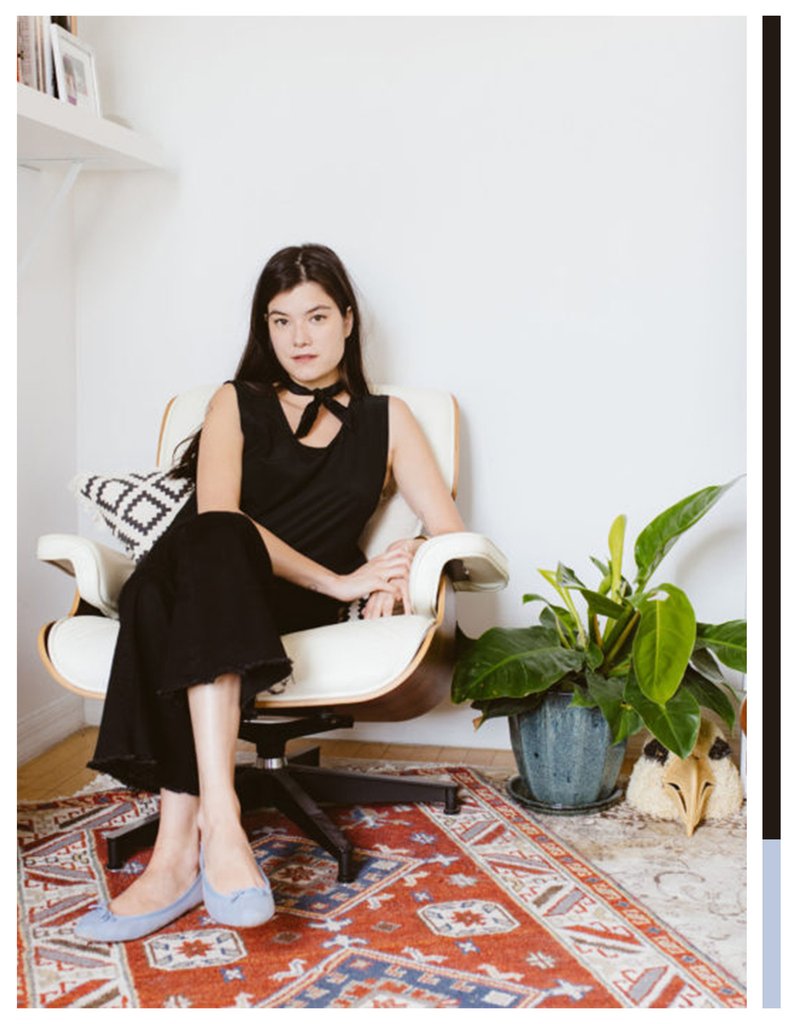